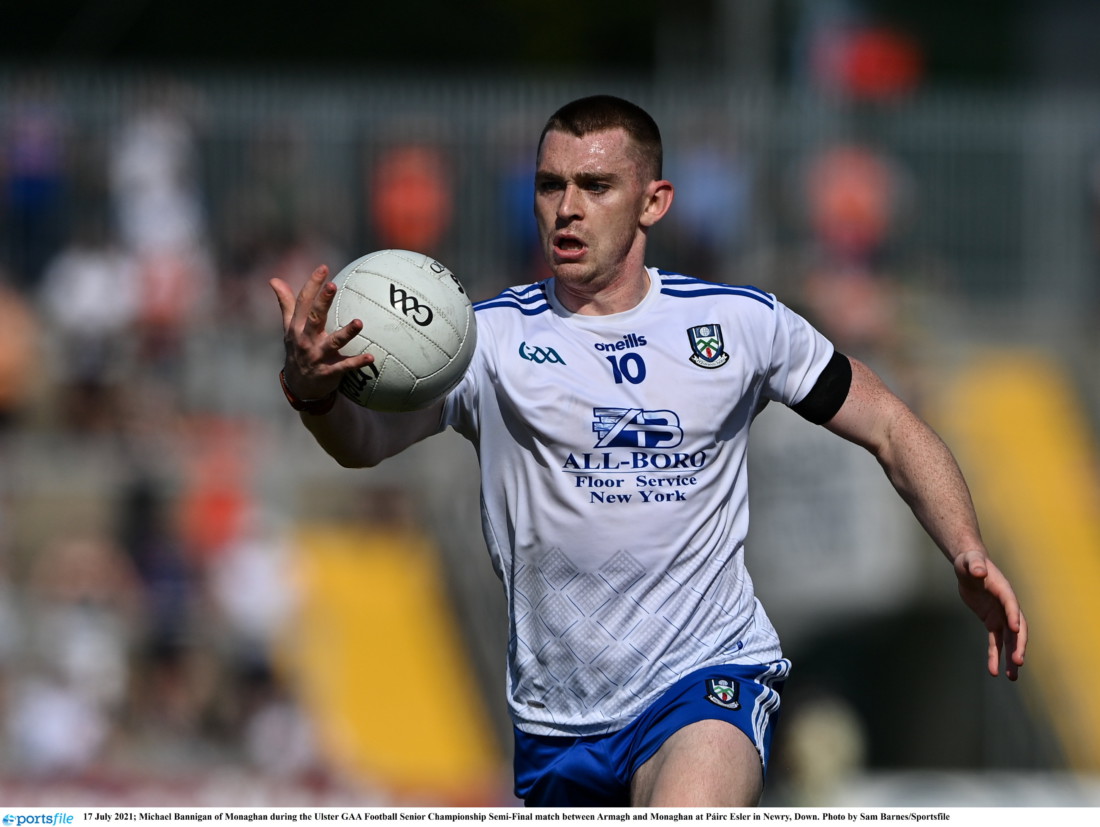 Over the next few months we will be revealing what we are calling the Gaelic Performance Captains and Masters. These will be players, coaches, and managers with different levels of experience and success at club and county level.

We will ask them different, non run of the mill questions about GAA and life in general.

The first of the these is current Monaghan footballer , Micheal Bannigan. So here goes....


Do you believe in God? Yes, I do believe in God, I come from a religious family, going to mass on a Sunday was a constant growing up and it’s something that has stuck with me. Do you still go to mass? No, I'm normally training, and have just got out of the habit.

If I said to you, all Gaelic games is built on one thing- your status in the community, and that if you took a step back you would realise that it means nothing in the grand scheme of things. What would you say to that? I would agree with you, I think there’s much more to life than GAA but it can be hard to see that when you’re involved in it at times. Is there times you question whether its worth it? Yes, especially when you lose games. If you were getting paid would it make any difference? It would make you question your commitment ( and sacrifices you make) less. Do you think players should be paid? No, it would get too messy. Where would it stop.

Do you feel more pressure playing club matches or county matches? County Matches, as every mistake is highlighted, and analysed.

Alot of successful / high performing people in life have some sort of previous trauma, or obstacle that they've had to deal with. Do you have one, and if yes, how have you dealt with it, and has it helped or hindered you? My Dad passed away suddenly when I was 16 and it was a massive obstacle for me to deal with. Family and friends helped me through it, along with football. lt was a great escape at the time. I think losing my father so young helped me in terms of building character and mental strength. Do you think things would be different if he hadn't have died? I mightn't have made the same decisions, or pushed myself as hard. I think I developed a training habit during those years to numb the pain of the loss. But I do think that if he were still here, we would have helped me in terms of having more belief in myself when I played poorly.

Why do you think you were you taken off against Derry this year? I made 3 mistakes in a short period of time. I over-carried when the shot was on, but to me it was good defending, as he got in my eye- line when I was about to pull the trigger. For their second goal, I made the decision to cover the line when the ball went over the top, the management thought I should have stayed on my man. The third mistake was breaking the kick-out when the catch was on.

What was your mindset going into that game? I was only back from a hamstring against Down, so I was not going that well in training. I went into the game thinking that "if I don't have a really good game, I'm going to be taken off early" Was it a self fulfilling prophecy?Maybe, never thought of it like that. What lesson would you learn from that? Not to be worrying about outside factors. Back yourself. and focus on performance, and if it's good enough, it's good enough. Perhaps I should have been more honest with the manager about where my confidence was at. But I would have considered that a show of weakness, and not something I'd do. Maybe that's the lesson I'd learn.

Are you better than Sean O' Shea?Yes/No and tell me the Why to your answer? No. Sean O’Shea has performed at an elite level for 2/3 years now, he has shown with consistent performances he is one of the best in the country and I have not reached that level of performance or consistency. Do you think you can get there? Yes. What would you need to do? Develop more consistency. Why do you think you lack consistency? I'm not too sure. After a bad performance, I can get back on track for a good one for the next match, so I suppose it's one of the things I just have to figure this out over the next while.