Defending is all about context. The proper defensive position in one game is not necessarily the proper position for the next game, even if the situation looks the same.

In last weekend's All Ireland Final, Johnny Cooper made the decision to play a yard in front of Clifford, as his default position. On the face of it, this seemed fine, but given the factors presented in the build up to the goal, Johnny should have played it differently

He should have considered...

1. He was the last man back and isolated, so a ball over the top was going put him in trouble

2. His Team Mates were not touch tight to get pressure on any long delivery

3. It was Kerry they were playing, who have many players capable of playing long accurate ball with the foot

So rather than playing a yard in front, Johnny should have taken 2-3 steps back and taken a safer defensive position. When he did realise the ball was being delivered over his head, he had to turn around, see where Clifford was, and then try to recover. It was too late. Whether or not it was a penalty is a different debate.... 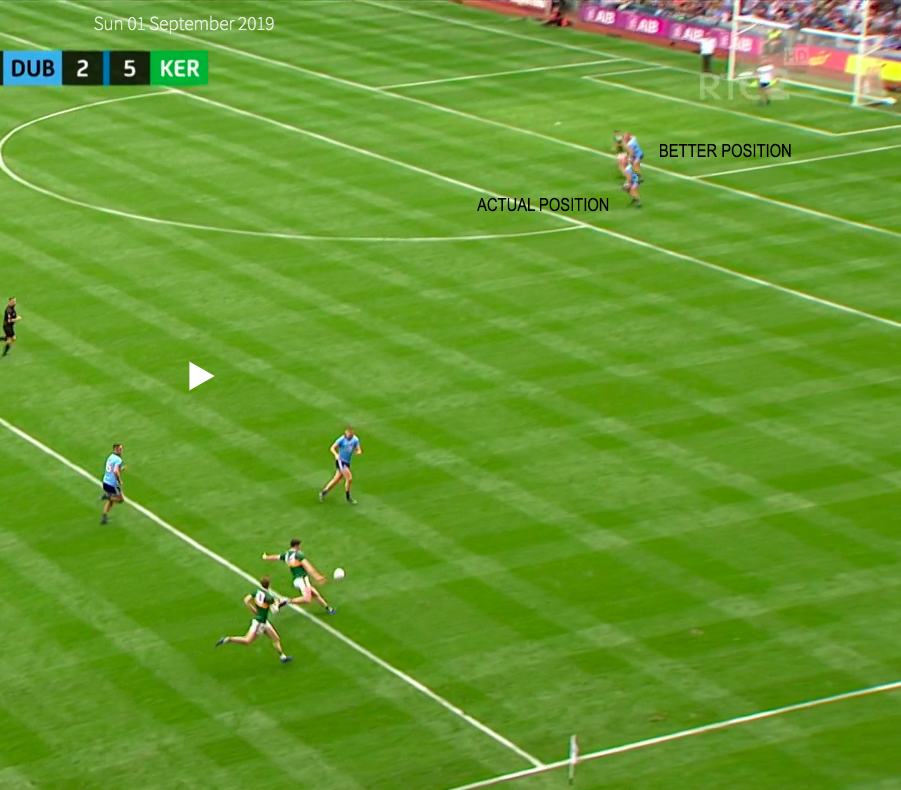